Today I want to share my experience with shooting expired films and explain why you may want to give it a try too.

I was going through Kijiji one night and saw an ad for 8 rolls of Kodak Max 400 and Elitechrome 400 for 10 dollars in my neighborhood, so I thought it is worth giving it a shot, one can’t go wrong with 10 dollars. Expired films are often sold on classified for low prices or sometimes given for free, however they can be overly expensive on ebay for example, and to me at least, I don’t see the point of buying expired film for a higher price than a fresh one, especially for ones that are stored in unknown conditions.

One day the weather was very misty and suitable for some scenic shots, so I picked up a roll of Kodak Max 400 from the freezer and headed to a park nearby. One tip I learned from forums and YouTube videos is that expired film better be shot at one ISO stop slower for every decade after the expiration date, as they lose their sensitivity and need double the light to make up for that. My films expired exactly a decade ago, but I shot it at box speed and thought of compensating for that in developing later, but the lab does not do push process for C41, so at the end it was shot and developed at box speed, and luckily for me the results turned out better than expected. It is either that the rolls were stored in cold place, or that Kodak film ages well.

The results definitely turned out to be grainy, it is a consumer grade expired 400 speed film, so that is pretty much a given.  However, that is the “look” people are looking after in expired film. It was an enjoyable experience after all, trying something new, giving life to something otherwise might have ended up in the trash, and shooting without taking photography too seriously.

Here are some of the images I got on that roll. 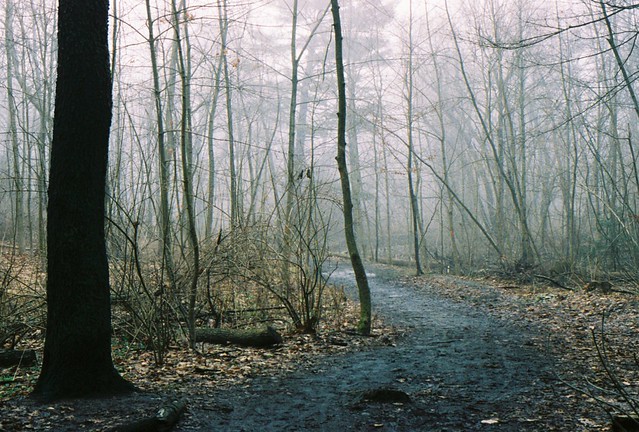 Thanks for reading and for viewing the images.